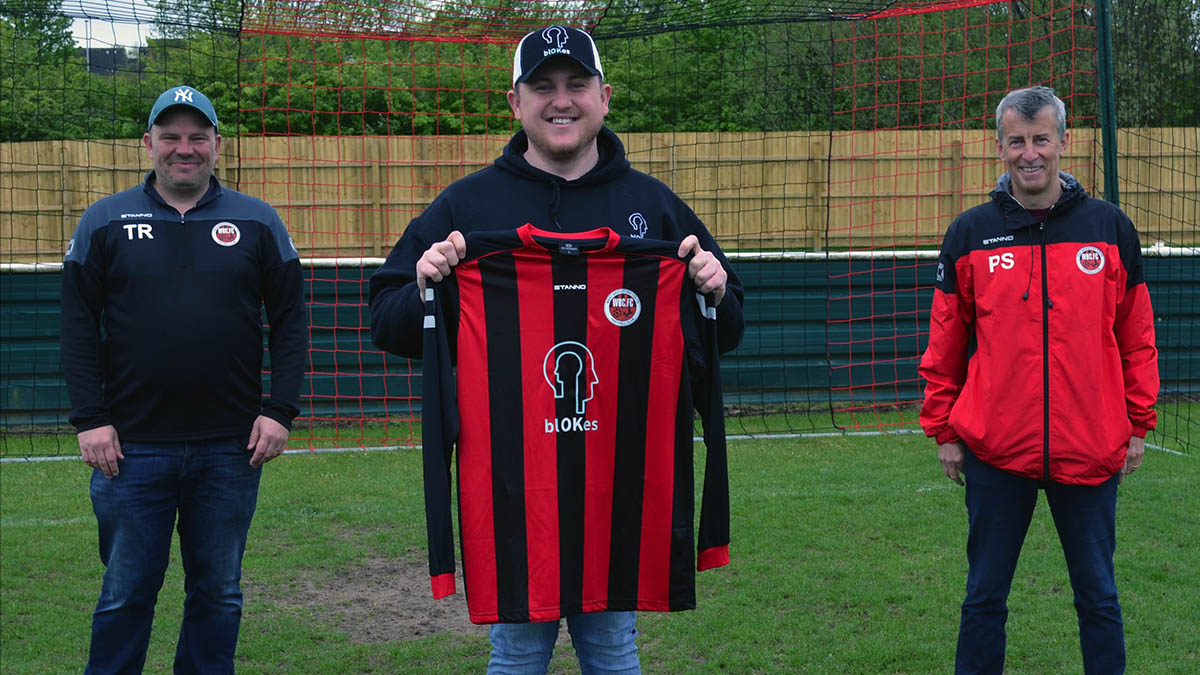 The new partnership, which is being celebrated during Mental Health Awareness Week, will see blOKes become main shirt sponsor of the club’s men’s team.

They will also have their branding displayed on the back of the men’s second and third team and two u19s Colts kits from next season.

blOKes will also offer free mental health workshops, seminars and signposting sessions encouraging men to be more open and honest about their thoughts and feelings, as well as to speak up if and when they are in need of support.

Based in the East Midlands, blOKes provide a safe, supportive and non-judgemental platform for men (16+) to open up about their mental health, connect with likeminded people and tell a #MaleTale.

Club chairman Peter Stansbury said: “I’m thrilled to announce this partnership with blOKes. I hope it will support and encourage those involved in the club to have a conversation about their mental health.

“Having the blOKes branding on our senior section shirts will also act as a reminder throughout the season to both our players and supporters that help is always available to those who need it.”

Tom Home, founder of blOKes, said: “I am delighted to formally announce this new partnership with West Bridgford Colts and in doing so, see blOKes become the official front-of-shirt sponsor.

“West Bridgford Colts is a forward-thinking club that puts its players’ mental and emotional wellbeing on par with their physical health, which sets a fantastic example for clubs across the UK.

“I look forward to working closely with Peter and the rest of the club’s management to support players, coaches and supporters in making mental health a priority, and believe that this is the beginning of a longstanding, innovative partnership.”