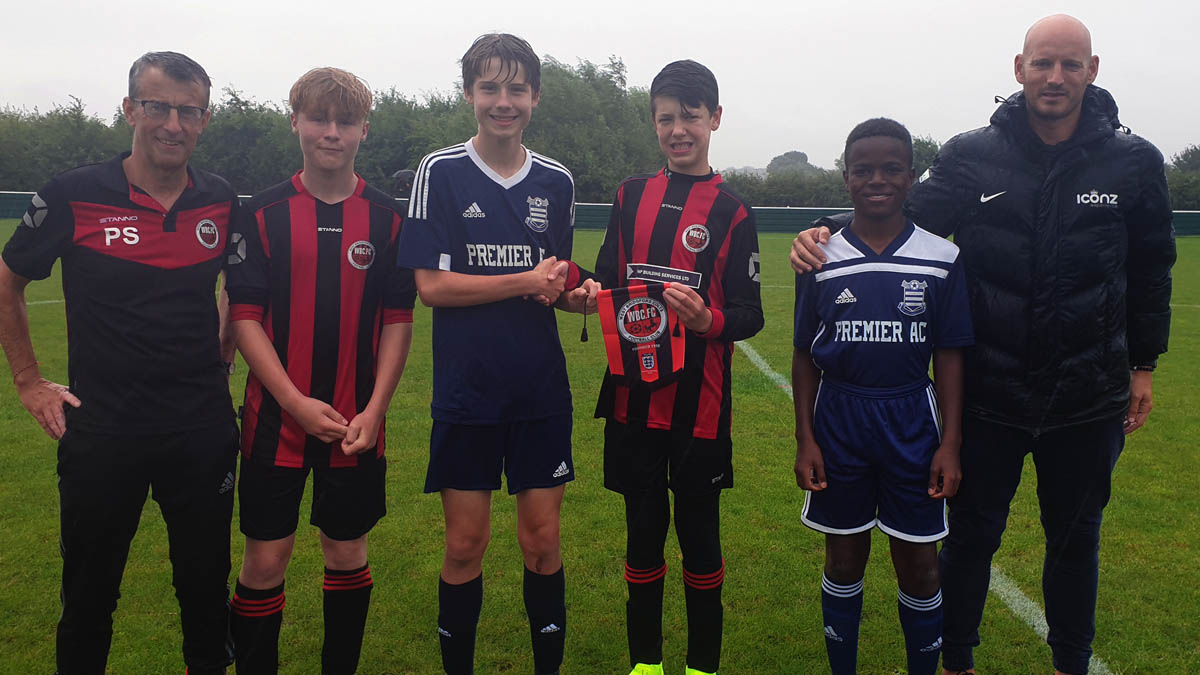 Wet weather failed to dampen the spirits of a young footballing side from the United States who last week crossed the Atlantic to visit Nottingham for a pre-season friendly against West Bridgford Colts.

The travelling party were representing Premier Athletics Club (PAC), a young team based in Virginia. They were invited to take part in the match against the Colts as part of a two-week footballing tour of the East Midlands.

The youngsters received a warm welcome from their Bridgford hosts as they arrived for the friendly at the Regatta Way Sports Ground in Gamston. The Colts players also presented the visitors with a pennant before kick-off as a memento of their visit to Nottingham.

The rainy weather had threatened to lead to the friendly being postponed, but the pitch managed to hold out and the fixture went ahead as planned.

Some stunning skills were on display over the 90 minutes from both sets of under 14s, but it was the side from Virginia who had the edge and they went on to win the match 2-3.

The US side’s tour of the region was part of a ‘Soccer Experience’ being run by Iconz Experience, a company set up by former Leicester City and Hull City player Lawrie Dudfield.

As well as the friendly against the Colts, the youngsters also got the chance to see matches featuring local sides Leicester City, Nottingham Forest and Derby County. They were also invited to Wembley Stadium where they witnessed Man City lift the FA Community Shield after beating Liverpool in a thrilling penalty shoot-out.

He said: “It was a great experience for our side to pit their wits against this talented squad of players from the States. Our boys also had the opportunity to play in a team of players from other Colts teams with whom they don’t usually play.

“It was a great match played in a great spirit despite the rain. We look forward to winning the rematch next season.”

You can find out more information about West Bridgford Colts via their website at https://www.westbridgfordcolts.com