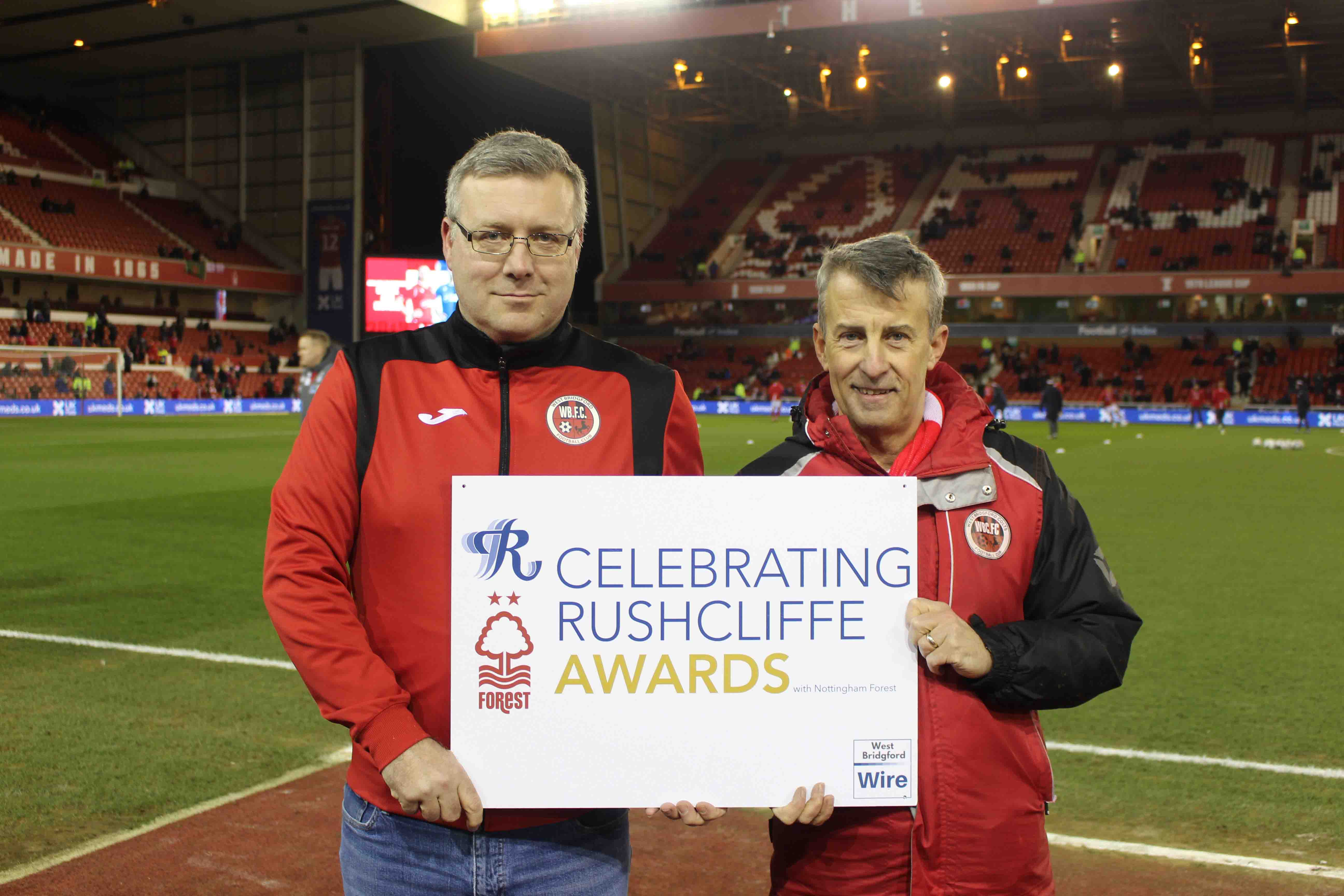 Representatives from West Bridgford Colts were this week invited pitchside by Nottingham Forest to be recognised by the Reds for their recent success at a community awards night.

Club chairman Peter Stansbury and U19 coach Nathan Corden attended the prestigious photocall featuring all the Celebrating Rushcliffe Awards winners at the City Ground, which took place before the Reds’ match against Charlton Athletic on Tuesday night (February 11).

Nottingham Forest sponsored the awards event back in November and as well as organising the photocall, they also included details about the award winners in the match programme and on screens around the ground.

West Bridgford Colts picked up the Pride of Rushcliffe Award – the most prestigious prize up for grabs at the awards night.

The club received the award in recognition of the hard work their volunteers put in to provide football to 1,300 players who turn out for 102 teams each weekend over the season.

U19 coach Nathan Cordon said it was an honour for the club to be recognised as the Pride of Rushcliffe.

He said “Huge credit must go to the hundreds of volunteers who have made it possible for us to win this award and be recognised here at the City Ground this evening.

“We strive to deliver a safe environment for the 1,300 players to develop and enjoy their football skills”.

Colts Chairman Peter Stansbury commented: “It’s great to be recognised by Rushcliffe Borough Council for all the work our volunteers do. Just like Forest, we are an important part of the local community with a successful past and hopefully an even brighter future ahead.”

PICTURE CAPTION: (l to r) U19 coach Nathan Corden and Colts club chairman Peter Stansbury are celebrated at the City Ground on Tuesday night after winning the Pride of Rushcliffe Award

In September 2010, all over the country, tens of thousands of eager six-year-old footballers were getting ready to play…

The new partnership, which is being celebrated during Mental Health Awareness Week, will see blOKes become main shirt sponsor…